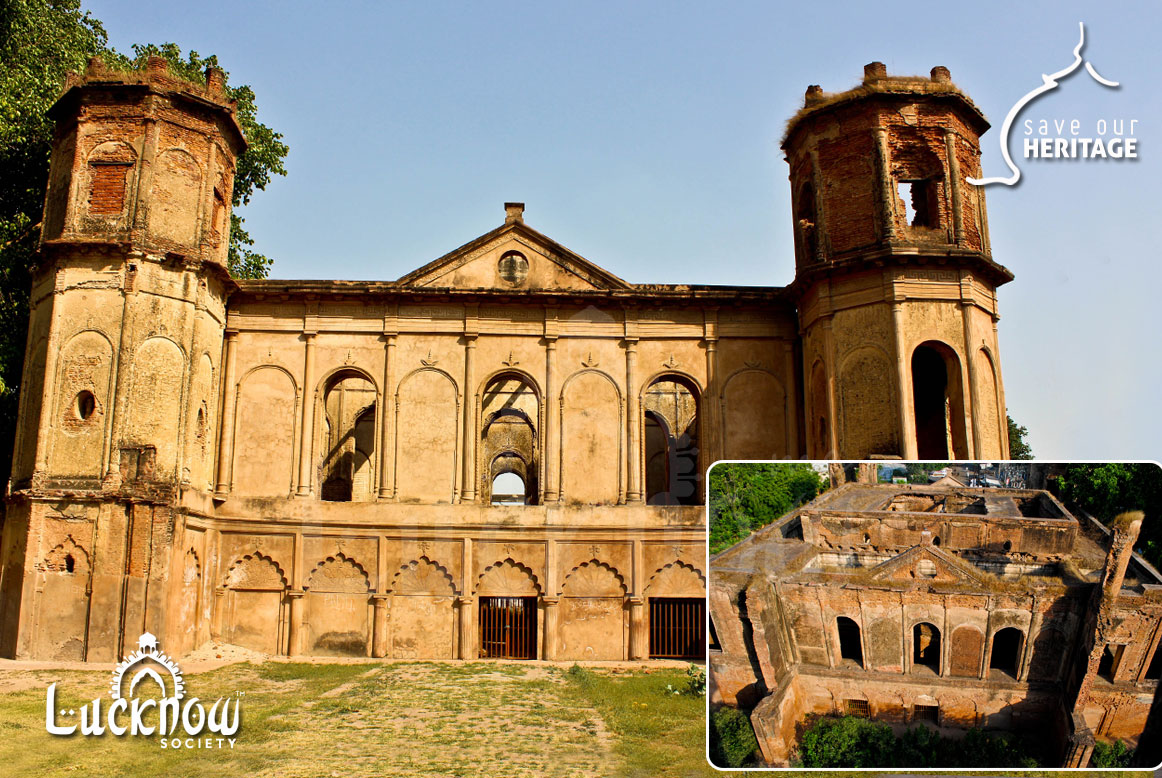 Situated on the Lucknow-Kanpur highway, the area which now encompasses one of the major shopping avenues and eating points of the Nawabi city is the same place which has been inhabited by the refugees’ families who migrated from Pakistan after Independence. History of Alambagh began with the construction of Alambagh palace which was erected by Nawab Wajid Ali Shah during the years 1847-1856, for his wife Alam Aara, who was also known as Khas Mahal. It had a well kept beautiful garden in its surroundings. Moreover, a huge gateway known as Alambagh gate (Kothi Alamara Gateway), designed by the architect Chhote Khan was constructed in the same area. Now the same gate serves as an entranceway to the Chander Nagar colony. Both the palace and the gate were made up of lakhauri bricks. The two-storeyed palace comprises spacious halls and rooms. The rooftops of the rooms are quite high. The interior walls of the palace were once decorated with floral designs but are now in ramshackle.

According to the eminent historian of Awadh, Mr. Roshan Taqui, “The garden was occupied by the freedom fighters, who converted it into a military post and held this place till 23rd September 1857. Later it was General Havelock who got hold of it and transformed it into a command hospital for the injured and unwell British soldiers.” This immense area was also a witness to the fierce battle fought between the Indians and the British. Complex also houses the tomb of General Havelock which was erected by his family members. It was at Dilkusha when he died on 23rd November 1857 and got buried here on 24th November 1857. The present state of the Alambagh Palace and Alambagh gate is deplorable. Both of these structures are poorly maintained. Furthermore, encroachments of numerous shops and vegetable stalls surround these so-called protected sites.