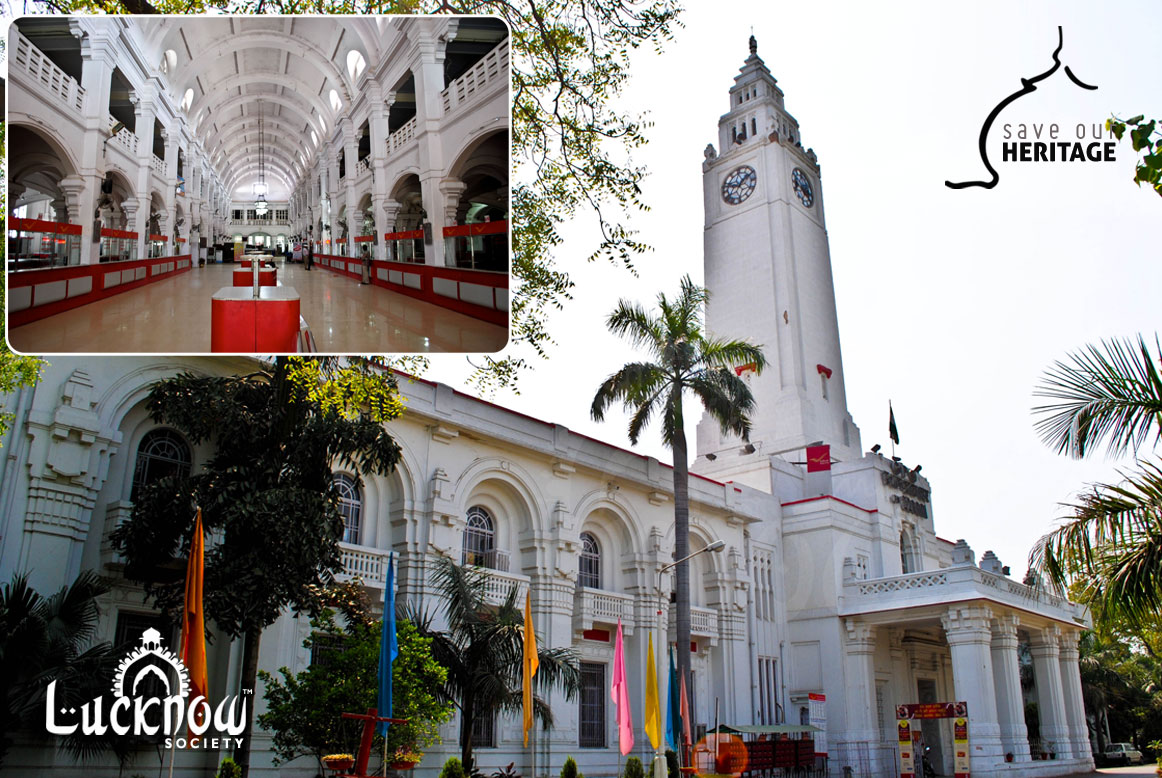 The building which is now called the General Post Office or GPO, stands in Hazratganj as a witness to the gamut of changing times. It isn’t a mere building but a spectator of most famous incidents that happened in the past. The GPO building was constructed with red bricks and lime stone in Gothic architectural style. The most outstanding structural feature of this magnificent building is that iron was not at all used in its construction. The outer facade of the structure is painted white. The building comprises a spacious hall in the centre which serves as the main post office. Whereas one of its side has a tall clock tower attached to it. A triangular shaped garden also embellishes this complex.

‘Built by the Britishers, the building which is now referred to as GPO, was once a Ring Theatre. It was used by British families for recreation purposes. It was used as a platform for screening English films and English dramas were also played here. A board was permanently hung at the entrance gate bearing the text- ‘Dogs and Indians not allowed!’. Thus, signifying that the entry of Indians inside the building was strictly prohibited. After few years the theatre got converted into a special court where the famous Kakori trial took place. And during the years 1929-1932, the then GPO which was situated inside the Begum Kothi (now known as Janpath) was shifted to this building and thus, getting permanently transformed’, states Mr. Taqui, the eminent Historian of Awadh. One of the flaws in the current state of the historical building is in its clock, which isn’t in a working state as of now. It could have been a heritage monument and a perfect place for showcasing exhibition but its sad to know that the concerned authorities are not taking it seriously.