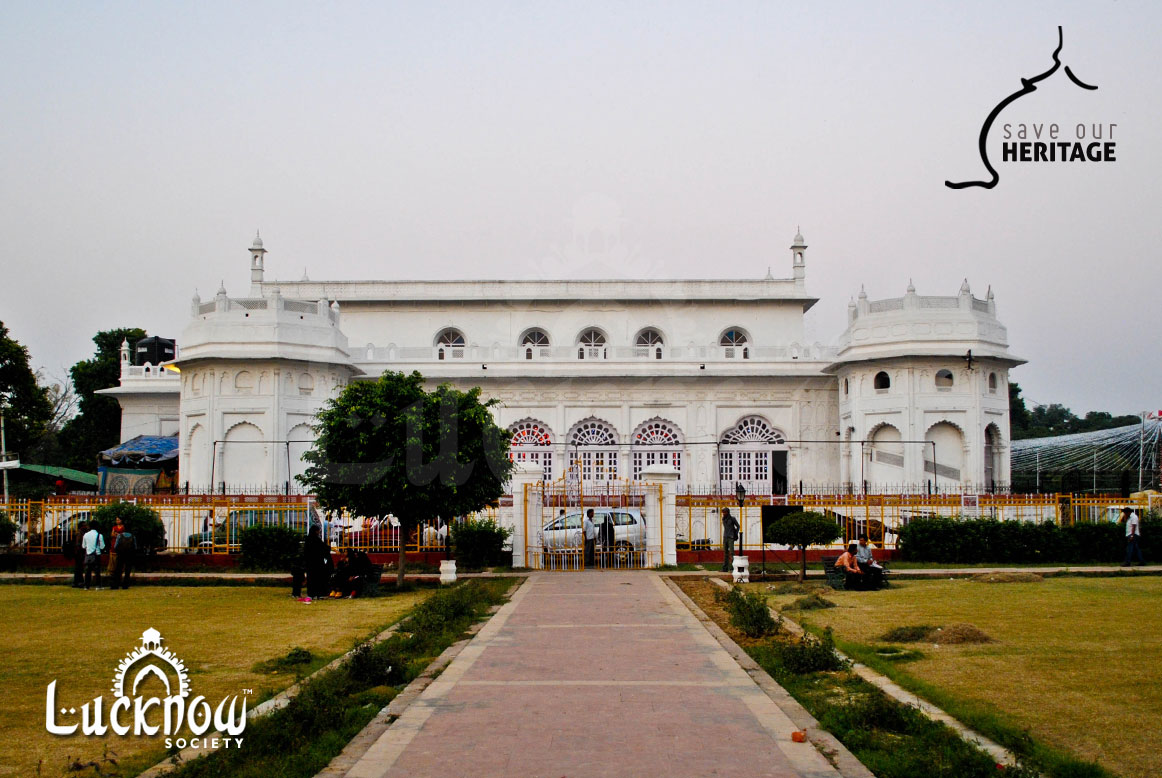 Qaiserbagh complex comprises many grand heritage monuments of Lucknow that were built in the Nawabi era. Situated in the heart of the city, one such elegant building is the Safed Baradari which was constructed in the year 1854 by Nawab Wajid Ali Shah. It is also known as Qasr-ul-Aza that means a place of mourning. Constructed in white marble, Safed Baradari is a wondrously decorative structure which has 12 outlets. It has a spacious hall ornamented with delicate chandeliers and intrinsic architectural motifs. It’s beauty has fascinated so many to such an extent that prominent films like Umrao Jaan, Tanu Weds Manu, etc were shot here.

According to the eminent Historian of Awadh, Mr. Roshan Taqui, ‘Safed Baradari was built as an Imambara or a place of mourning for observing azadaari. Court for petitions and claims by the officers and nobles of the deposed king’s reign was held here by the Britishers after the annexation of Awadh in the year 1856. During the revolt of 1857, it was used as an important meeting place by the freedom fighters. After the departure of Nawab Wajid Ali Shah, a revolt broke out in Awadh and it was Begum Hazrat Mahal who made Qaiserbagh as a citadel of revolt. And during the years 1862-1867, the Britishers handed it over to the Taluqdaars of Awadh for their Anjuman-e-Hind which was also known as British India Association of Awadh.’ It is so surprising to know that a place which was once used for mourning is now in full fledge use for hosting exhibitions, weddings and receptions. This heritage monument must soon be renovated in such a manner that it retains its past glory.